Produced by ILYA (Ariana Grande, Normani, Ellie Goulding), “brrr” shivers with glacial synths and crystal-clear vocals and is about knowing what you want and finding someone who isn’t intimidated by you that will come closer and show you how cool they are.

Appearing on Late Night with Seth Meyers this Monday, January 23 for the debut live performance of “brrr” and her first late night television interview, Kim will also be performing her GRAMMY-nominated, global #1 platinum hit “Unholy” with Sam Smith at the BRIT Awards where she and Sam are nominated for “Song of the Year.” “Unholy” is also nominated for “Best Collaboration” at the iHeart Radio Music Awards.

Kim was recently announced as the headliner for Sydney WorldPride in Australia in March and will perform at Governor’s Ball in NYC this June. Additionally, Kim is Spotify’s January Songwriter of the Month and was just nominated by the GLAAD Media Awards for “Outstanding Music Artist.”

“brrr” follows the recent release of Kim’s guitar-driven pop single “If Jesus Was A Rockstar” and the worldwide success of “Unholy,” which she also co-wrote with Sam Smith. The chart-topping song quickly became one of 2022’s top pop debuts, earning Kim her first GRAMMY nomination and skyrocketing to #1 on the Billboard Hot 100, the Billboard Global 200, the worldwide charts on Spotify and Apple Music, and the UK Official Singles Chart. Marking a historic first in LGBTQ+ chart and GRAMMY history, “Unholy” saw Kim and Sam became the first openly transgender solo artist and non-binary solo artist, respectively, to ascend to #1 on the Billboard Hot 100, and are also the first to receive a GRAMMY nomination in the category of Best Pop Duo/Group Performance. Following their MTV EMA win for ‘Video for Good,’ Kim and Sam received the ‘Innovator of the Year’ Award at the Variety Hitmakers event.

“If Jesus Was A Rockstar,” produced by Max Martin, ILYA and Omer Fedi, sees Kim reflecting on finding her own relationship with spirituality after not feeling welcomed by the institution of religion when she was younger and wondering if more people would embrace religion if it embraced them as she creates her own version of a more inclusive Jesus.’ 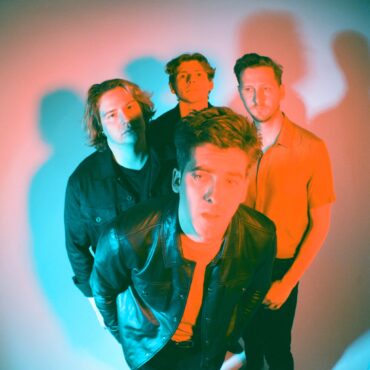 Circa Waves – Carry You Home

@CircaWaves brings out a great new track 'Carry You Home.'